The Cup and String Game 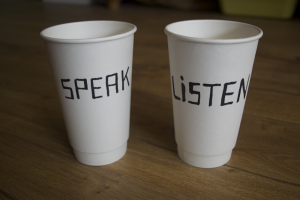 Do you remember the cup and string game? It literally is using cups and string, two cups, attached by a string which needs to be pulled tight. One person speaks into a cup, the other person puts the other cup to their ear and listens.

Tomorrow I set up at my next exhibition and the work I am showing is called Child’s Play. I recently had an exhibition in Fleet, Hampshire where I used a mixture of photos, film and games to instigate conversations about communication and censorship. I used a version of the game consequences and the cup and string game with added elements of a marker pen and gaffer tape in case anyone wished to be censored or to censor anything.

I am going to use the cup and string game again tomorrow but this time the relationship to my work is with communication access. With that being muted or limited and the practice of speaking and being heard as a liberation. Over 100 years ago many involved in the suffrage movement were speaking up and campaigning about Women’s Rights, Equal Rights and Abolition. Voices were being heard, and were also being silenced still. I have been reading about the force feeding of the women who chose to hunger strike, the banning of spoken communication between prisoners and the denial of pen and paper.

The cup and string game this time allows a voice, although controlled. It allows a listener, although of muffled sounds. The students who will be seeing this exhibition will have the choice to speak and listen, or to not. That I, as a woman, am now in a position to speak about this, exhibit it and speak to other women and men about it may be a celebration of what has been achieved. It may also give us broader questions around liberty and voices. Whose voices do we not hear now? Almost 100 years after women over 30 (who owned property) were given the vote how many women are in Parliament and the House of Lords making decisions and speaking for the wider society?

I am going to be showing a film alongside the game. It is a film showing 4 short clips of me playing. Singing ‘ring of roses’ in BSL (British Sign Language) in a playground that is also a graveyard, singing the ‘grand ol’ duke of york’ by the statue of Wellington, marching up a hill and swinging from a tree.  Play and song are our earliest forms of communication, with our family and friends. They teach us about language and about behaviour, about creative freedom and social control. I will be projecting the film into an old fashioned child’s school desk, with a lift up lid. At the time of the debates around suffrage these desks were used and the school leaving age was just about to go up from twelve to fourteen. *  I will ask the viewers to lift the lid of the desk, laid on its side, in order to see the film that will be visible on the inner of the desk once the lid is lifted. 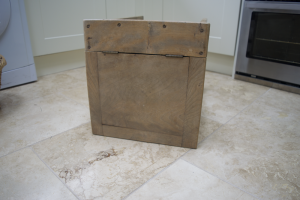 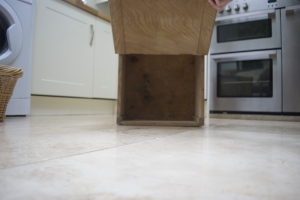 The desk as I described last week was sourced on ebay. The cups were given to me by a lovely company in Lancashire. 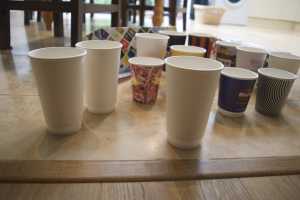 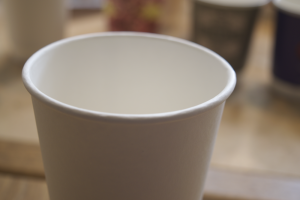 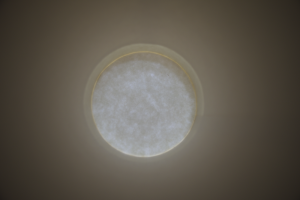 *In 1957 my mother was still pulled out of school at before 14 by her own mother who needed her to start working and looking for a husband.