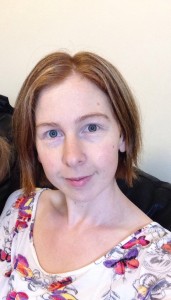 Wearing makeup or painting faces and bodies is by no means a new idea. In fact we have been doing it for centuries. How it’s applied, where it’s applied and what is used has changed over the centuries and decades, but the fact that we do it has not. I decided to look briefly into whether the reasons for wearing it have changed.

In the current western world many of us use makeup to ‘hide’ elements of ourselves, to ‘enhance’ our features, to create a different look.

An interesting article I found describes cosmetic use in prehistoric, biblical and Egyptian records/findings. It’s fascinating to see that according to the article evidence of the use of coloured dyes and pigments is seen in the earliest findings of civilisation that we have. Initially used for ritual, religious or healing purposes, cosmetics and oils also always played a part in hygiene, grooming, sun protection, insect repelling, hiding ageing and hiding disfigurements or unwanted features as well as becoming a way to simply enhance features! Some early eye makeup, kohl and coloured pastes were actually used to repel flies that caused eye infections.

In the biblical references within this article there is also mention of a women’s duty to ‘beautify herself in order to appear pleasing to her husband’. This, and the attitude of hiding ageing is what strikes me (and saddens me) the most. That we have been concerned for so long about what is considered beautiful, that to ‘keep a man’ has for so long been a woman’s duty, and that what is deemed as beautiful has remained the same for centuries. Youthfulness. In our society so true. And in our society of lunchtime cosmetic procedures, so evident. I would love to have some links to other societies/eras where older women are revered and where cosmetics or lack of are linked to or separate from women’s power? Paganism surely has some more positive elements of women and power. Is their evidence, discussion if cosmetics/painting within pagan history?

Another Article by Professor Joann Fletcher of York University also mentions the use of eye makeup in Egyptian times as to reduce the flare of the sun, repel flies and also that it looked good. Professor Fletcher does discuss Egyptian society as ‘a complete duality of male and female’. So perhaps it is within her research that we can see more about female power and cosmetics.

In Egyptian times men used many oils, ointments and creams on their skin as well as kohl and eyeshadows.

Through the years men have also joined women in using cosmetics to lighten skin and rouge lips and cheeks. Interestingly to note many if the early cosmetic practices proved dangerous! For example Using lead to lighten skin leading to lead poisoning.

The history of cosmetics is pretty huge and I’ve not even touched on the use of cosmetics in other cultures, for tribal rituals or differentiation.

What I would like to look more at is the older natural ways of enhancing features.

My hubby and I watch a great series called Revolution and they mentioned women staining their lips with beetroot. This instantly intrigued me although I can imagine the result if I tried it myself being a little frightening! It might be quite interesting to look up some other natural stains (nothing harmful mind!) and see what the result is.

Alongside this I would also like to start to explore the issues of cosmetics, power and feminism. Good job I’ve got 3 weeks left!

So have the reasons for wearing makeup changed? It’s seems not so much. Perhaps initially, from practical, religious and ritual to disguising and enhancing, but these also seem to have been reasons that have crossed centuries. I would be very interested in any further links/books/references that you come across!